Tariq Luthun is a Detroit-born and Dearborn-raised Palestinian strategist, community organizer, and Emmy Award-winning poet. Fady Joudah. Fady Joudah is a Palestinian-American poet and physician. He has published four collections of poems. These are The Earth in the Attic, Alight, Textu, a book-long sequence of short poems whose meter is based on cellphone character count; and, most recently, Footnotes in the Order of Disappearance. He has translated several collections of poetry from the Arabic and is the co-editor and co-founder of the Etel Adnan Poetry Prize.

Moushabeck is a writer, editor, publisher, and musician of Palestinian descent. Most recently, he co-edited the winter issue of the Massachusetts Review focusing on Mediterranean literature and contributed a piece to Being Palestinian: Personal Reflections on Palestinian Identity in the Diaspora Edinburgh University Press. He has performed at concert halls worldwide and plays percussion on the music soundtrack of an award-winning BBC documentary on Islam, which aired as part of the series The People's Century.

He teaches percussion at Amherst College and lectures frequently on Arabic music and literature-in-translation. He lives in Leverett, Massachusetts. Mai Masri. Her films have been screened worldwide winning over 90 international awards including the Trailblazer award at Mipdoc in Cannes, France. Her debut feature film, Nights had its world premiere at Toronto International Film Festival and was screened internationally where it won over 28 awards. Lena Khalaf Tuffaha.

Lena Khalaf Tuffaha has lived the experiences of first-generation American, immigrant, and expatriate. Her heritage is Palestinian, Jordanian, and Syrian and she is fluent in Arabic and English, and has academic proficiency in French. She has lived in and traveled across the Arab world, and many of her poems are inspired by the experience of crossing cultural, geographic and political borders, borders between languages, between the present and the living past.

Lena writes poetry, essays and translations. Greg Thomas. He is currently working on a book on George Jackson and the Black Power movement. Ayah El-Fahmawi. Her work explores diasporic identity and the importance of storytelling in resistance. Samia Halaby.

Samia Halaby was born in Jerusalem, Palestine in She is a visual artist, scholar and activist. Rounding out her sixth decade as a painter, she continues to explore abstraction and its relationship to reality. She is the subject of two monographs and numerous reviews. Eddie Glaude. Eddie S. Glaude Jr. Nur Masalha.


They thrive on dedication, dreams, and hard work — and believe wholeheartedly in the healing power of art. Nathalie Handal. Ghassan Zaqtan. Ghassan Zaqtan is a Palestinian poet and novelist, based in Ramallah. Zaqtan writes a weekly column in the Palestinian newspaper, Al-Ayyam, and sits on the executive board of the Mahmoud Darwish Foundation. Rafeef Ziadah. Rafeef Ziadah is a Palestinian spoken word artist, academic and human rights activist based in London.

Exiled to the Red River

Trailblazer books volume On Shelf. Add a Review. Add To List. Thrilling adventure stories introducing young readers ages to Christian heroes of the past. Six-year-old Mei-en screamed in terror when she realized her gypsy owner was about to sell her to a foreign lady. Times were hard in the mountainous region of China in , and orphans were often sold for pennies. But foreigners in China were considered "devils," and Mei-en thought surely the little woman in Chinese clothes would eat her for supper! But this time Mei-en's new owner was the compassionate and respected missionary, Gladys Aylward.

She lives in Oxford, Mississippi with her husband, Lucky, and her dog, Winter. 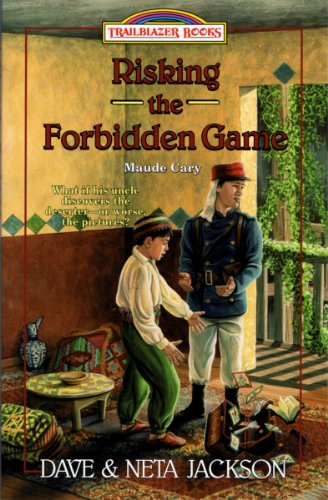 The stories of Clarion-Ledger investigative reporter Jerry Mitchell have helped put four Klansmen and a suspected serial killer behind bars. His stories have also exposed injustices and corruption in Mississippi, helping lead to investigations, exonerations, firings and reforms of state agencies. American photographer Andrew Moore is widely acclaimed for his photographic series, made over many years, which record the effect of time on the natural and built landscape.

His newest project, Blue Alabama, includes an original story by the novelist Madison Smartt Bell, will be published in book form in the fall of His previous work, Dirt Meridian, was published in and includes a preface by the author Kent Haruf. The son of a cattleman and grandson of a butcher, Matt Moore is the quintessential Southern cook. Matt resides in Nashville with his family and is also a musician, pilot, adventure seeker, entrepreneur, Moonshine cologne creator, avid fisherman and a cast iron and wild game enthusiast.

A lifelong Mississippian, Morris is retired from the University Press of Mississippi, where she was executive editor for many years living in Jackson. She is the widow of the writer Willie Morris. Cody Morrison grew up in Jackson, Mississippi. He is a graduate of Washington and Lee University. He began his career in book-selling in when Off Square Books, an annex of Square Books, was opened. He has been the adult book buyer at Square Books since Julie, a former librarian, is a fierce advocate for body positivity and is a full time writer living in Texas with her husband, dog, and two cats.

You can visit Julie at www. Photographer Ken Murphy lives and works in his lifelong hometown of Bay St.